To my author page. A place to find resources for authors, reading suggestions, as well as stuff about me, my work, musings, etc. I’ll probably sneak a few other things I find interesting on here as well. My novels are available at Lulu. or Smashwords . 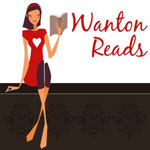 Charmed by the Rake by Roxie Brandon. $1.99 from Smashwords.com
Amazing value Regency three-story collection. Charming dukes with attitudes and kind hearts. Lovely ladies who want to find love. You’ll find all of this and much more in this collection. This Regency romance collection is a sweet read with a guaranteed happily ever after. The full collection includes: 1. THE DUKE’S VIOLET 2. A BRIDE FOR THE CHARMING DUKE 3. THE DUKE’S IRIS

Shattered Love by Stacey Marie Brown. $1.99 from Smashwords.com
Everyone has a story about a broken heart, but Jaymerson’s heart wasn’t just broken. It was completely shattered…

I Hired a Hitman by Alexis Abbott. $2.99 from Smashwords.com
I thought I was out of the life, until I saw her. Daisy, with her peaches and cream skin, and a dark shadow lurking over her shoulders. That man was going to hurt her. A thousand miles from the big city and my hitman past, yet I can’t resist pulling the trigger to keep her safe.

Rob’s News by Susan Garod. $2.99 from Smashwords.com
Bethany Johnson came home to recuperate and prepare for the changes in her life. The last thing she’d expected was for the local newspaper editor to take an instant dislike to her. By the time Rob realised he’d been misinformed, it was too late. Or was it? This book is part of the series that started with the three books about sisters (Grace, Briar and Sasha).

The Ties That Bind by Chris Taylor. $5.99 from Smashwords.com
Identical twin brothers… Identical DNA… One has committed a crime… Will the police arrest the right perpetrator?

The Pirate’s Defiant Houri by Lis’Anne Harris. $2.99 from Smashwords.com
Lady Joanna Bentley has been sold into sexual slavery. She must summon the courage to risk death to be free. Can she trust the Pirate Captain Richard Trevanion who claims he was sent by her sister to rescue her? Richard discovers this one last adventure may be his most dangerous escapade yet…to his heart.

S.E.A.L. Mine (A Sons of War Standalone Novel) by Lizzy Ford. $3.99 from Smashwords.com
Riley Holland is good at one thing: war. When a severe injury sidelines him, he counts down the days until he’s healed and can return to duty. One phone call changes everything. The daughter he didn’t know existed has been orphaned after the death of her mother, leaving Riley her legal guardian and sole parent. Riley welcomes the break from rehab and travels to the girl’s hometown to retrieve her.

Jake Forever by Sabrina Stark. $3.99 from Smashwords.com
He’s Jake Bishop, the hometown hell-raiser who’s made it big. She’s Luna Moon, the brat from his past who’s been crushing on him for years. In this series conclusion, Jake and Luna confront jealous rivals, crazy exes, and enough uncertainty to make Luna wonder – can her forever crush truly become her forever guy? Lucky for Luna, Jake knows what he wants, and he’s not stopping until he gets it.

Dark Beginnings by Alley McCall. $3.99 from Smashwords.com
Hildy McKay has a secret. A secret that she has been too afraid to share with anyone. One that sends her across state lines to attend Davis College. But secrets never stay hidden for long.

Laura and the Railroad Baron by Nancy Pirri. $2.99 from Smashwords.com
Laura’s deceased father has hired Matt Black, a railroad baron, to help her run her Montana ranch–and find her a suitable husband. Matt is unprepared for the headstrong, willful blond and soon finds himself falling in love with her. Laura feels the same way–until she learns his secret that will change her life completely.

Bound by Fire by Lila Kane. $4.99 from Smashwords.com
When Logan offers Willow a deal to help put the spell back in place if she helps his sick sister, Willow agrees. But evil from beyond the grave interferes with her plans and Willow’s not sure whether to trust Logan or stay far away from him. But one thing she knows for sure, she can’t fight the attraction she feels—and it could result in someone’s death.

Smoke on the Water by Bianca D’Arc. $3.99 from Smashwords.com
*Note: Previously published in “The Beast Within” anthology. In the misty fog of a lakefront dotted with vacation cabins, zombies are roaming wild – and CIA operative turned zombie hunter, John Petit, must stop the carnage. He’s also fighting a forbidden passion for his new partner, Donna. With her help, killing zombies is a walk in the park, but keeping his desire in check is making him sweat…

The Ascension by Jill Sanders. $2.99 from Smashwords.com
Jessica was getting tired of fighting fate. Not only had some really weird stuff been going on the past few months, but now she found herself crawling out of Jacob’s bed. She hated the guy. Well, okay, she’d avoided the guy. Sure, she’d fantasized about him most of her life, but that didn’t mean she couldn’t fight the attraction.

Night Shade by Bianca D’Arc. $5.99 from Smashwords.com
Eileen is targeted to join a sinister research project. Unwilling, she fears Matt’s reaction to her dark secrets. She’s very attracted to the sharp-eyed commander, who has a sixth-sense for lies as well as danger. Matt and Eileen fight side by side, but in matters of the heart – and trust – the smallest misstep could be their undoing. * Previously published under the title “A Darker Shade of Dead”

Seduced Me: A Taboo Stepbrother Romance by Nicky Harmony. $2.99 from Smashwords.com
Jennifer is stuck in a loveless marriage. She’s bored and unfulfilled. She knows there’s more to life, but didn’t she give up the right to find it, when she said I do? Jason has more debt than he can handle. That’s the only reason he takes on a pity job given to him by his stepsister Jennifer. He’s never met her before, but he’s met her mom and he’s pretty sure he knows all there is to know.

Valentine Steel Heart by Jordan Dane. $2.99 from Smashwords.com
All bets are off for Valentine to fit in. He’s the only operative Mia has to salvage the mission with innocent lives on the line. Valentine is willing to risk his life to honor Raine’s memory, even as he battles his obsession for revenge against the cartel boss who took her life. To find a reason to live, he must bridge the gap between love and hate.

Billionaire Baby Daddy: A Billionaire Love Child Romance by Jenny Rose. $2.99 from Smashwords.com
When I went out for my twenty-first birthday, all I wanted was a few drinks and a night out with my friends but what I ended up with was so much more that what I’d expected. A night of frivolity with the girls soon ended up being a night to remember when we were invited to the VIP area of the hottest club in town to see my favorite DJ and when I met him, I knew my life would never be the same.

Blue Sky by Alana Albertson. $3.99 from Smashwords.com
For ten weeks every year, the Blue Angels descend from the heavens and land in heEl Centro, California. But no matter how much I hunger for his embrace, I’ll never let down my guard for this Devil in a Blue Angel’s disguise.

CAUGHT IN THE MOMENT by Onyeneke Abel. $3.00 from Smashwords.com
What do you do when you are caught in the web of two brothers who would do anything to keep you?

The Viscount’s Mishap by Linda Kaye. $2.99 from Smashwords.com
A beautiful lady. A handsome man. The temptation of a masked ball. But when the masks come off and Parker Albany, Viscount Morely, realizes his latest conquest is none other than his friend’s sister, Lady Anna, he reacts in haste and scolds her for her behavior. But no matter what he does, Parker cannot get Anna out of his mind and he is determined to win her.

Angel Kin by Tricia Skinner. $3.99 from Smashwords.com
When ex-con Katie Logan witnesses a forced suicide that has her on the run from the police and the murderer, she turns to The Bound Ones for help. Cain is immediately drawn to her, but when she fingers him as the killer, he can come to only one conclusion. The twin brother he thought was dead is very much alive…and trying to send him a message: “You’re next.”

Maid to the Mafia: Totally Captivated by Wanitta Praks. $2.99 from Smashwords.com
Upon uttering the word coffee, Jenny Stone somehow finds herself paying off her father’s debt by working as a maid to the billionaire mafia boss, Giovanni Dente. Between serving him coffee and doing his dirty work, she finds she stuck in this intricate web that he binds around her. She wants to escape. But what can she do when her heart is totally captivated by him?

Where There’s A Will, Is There A Way? by Sandra Corton. $3.99 from Smashwords.com
The clause in Trilby’s mothers will sent her back home to work for Chelsea Thompson or marry her son, William, who she’d always loved. Deciding to hide the truth of having to spend the rest of her her slaving away seemed the best idea. What she didn’t bet on was a sneaky mother, a greedy fiancée, and a man who she had always wanted. Life it seemed was about to become complicated.

Sweetheart for the SEAL by Alexis Abbott. $2.99 from Smashwords.com
It’s been four years since I saw her, and before we could even celebrate our reunion, the tropical storm was upgraded to a hurricane. And that was nothing compared to the earth shattering bombshell that Crystal dropped on me. We have a daughter.

Vampire Rising (Regalia Book 1) by Romance Pup. $2.99 from Smashwords.com
What happens when you wake up as a vampire? Sigrid lives an ordinary life. Yet, all it takes is one hazy night out at the bar and everything changes. Once a human, she is now a vampire. With no one to guide her, she must grapple with her transition and a desperate thirst for blood. She finds a whole new world, a life reborn, and a handsome, charming boy with a fondness for pop culture references.

Welcome to My Arms by Lorhainne Eckhart. $2.99 from Smashwords.com
Everyone in Columbia Falls, Montana believes that Chelsea Friessen is a spoiled princess who is more trouble than she’s worth. They’d be wrong though, considering that tale was spun by a scorned high school crush and two years later is still the first impression everyone has of her.

Shadows of Truth by Tanya Jean Russell. $3.99 from Smashwords.com
Faced with a threat he can’t resolve, Sir Alistair has no choice but to bring his children home from their boarding school. Hiring a nanny is the only way he can deal with them while keeping his business of recruiting for the British security services going.